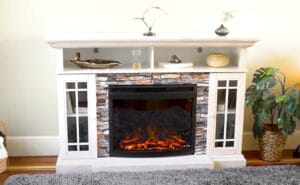 You probably like the idea of sitting down in front of a roaring fire with a warm cup of cocoa during a cold winter’s night. But while that fire may be comforting, it’s not a very efficient way to heat a room. On top of that, you may not enjoy the effort of buying firewood or having the chimney cleaned each year.

This is why electric fireplaces have become an increasingly common way to heat homes in the winter months. They come with several advantages, including energy efficiency, relatively low cost, and the same ambiance you get from a traditional wood-burning fireplace.

But for all their advantages, they still require being plugged into an outlet. So you may find yourself asking just how much will an electric fireplace raise my electric bill?

What Are Electric Fireplaces?

An electric fireplace is an alternative to a wood-burning or gas fireplace. Often, they’re used in place of these conventional fireplaces that can’t be used any longer due to age and the cost it would take to repair them. 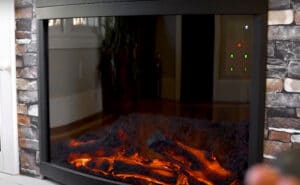 One advantage of the electric fireplace is that it doesn’t burn fuel like wood or gas, so there’s no need for a ventilation system. Instead, such fireplaces are plugged into a standard outlet. This powers a heating coil and a fan. The air is heated by the coil then blown out by the fan to heat an area.

Some newer electric fireplaces generate infrared waves to directly heat objects, which more closely mimics the heating effect of a conventional fireplace, an effect that’s enhanced by a simulated flame. This is a nice benefit in warmer months — you can turn off the heating element and still enjoy the ambiance of a crackling fire.

Many electric fireplaces can heat an area of up to 1000 square feet, so they’re a great choice for heating small rooms. But the question of just how much one of these fireplaces will cost to operate remains.

Watts the Deal With Electricity?

To get an idea of how much an electric fireplace will raise an electric bill, we first have to understand how much energy these fireplaces use. And to do that, we need to talk about watts.

A watt is a unit of energy that is used to measure the rate of energy transfer. All electrical appliances from lightbulbs to televisions to electric fireplaces are rated with a number in watts that represents how much energy they’ll use in an hour. For example, if a light bulb is rated at 100 watts, that means if it’s left to burn for one hour, it will use 100 watts.

Homes in the U.S. are billed in kilowatt-hours, which is how much it costs to use 1,000 watts for one hour. According to Choose Energy (https://www.chooseenergy.com/electricity-rates-by-state/), the average price of electricity in the United States is 13.6 cents per kilowatt-hour. Keep in mind this is an average. The actual cost of a kilowatt-hour will vary depending on where you live.

Electric Fireplace and Energy Use

You can extrapolate this out further to find how much it’ll cost to run your fireplace per month and year. With the above numbers, this fireplace will raise your electric bill by $18.62 per month and by $223.40 per year.

If you have any questions about how calculating how much an electric fireplace will raise your bill, or about electric fireplaces in general, please post in the comments. And if you found this article interesting, please share it on your social media channels. 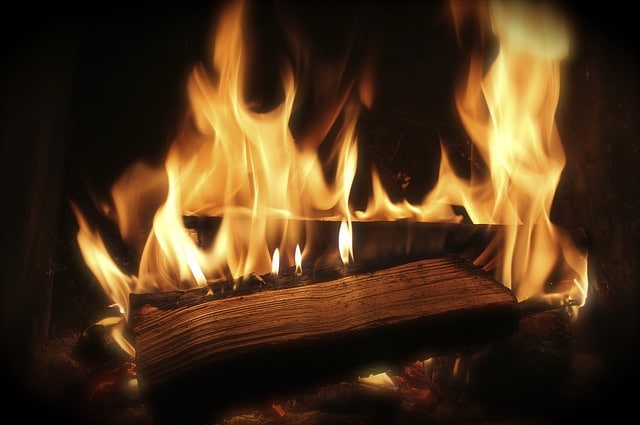 How to Hide a Fireplace 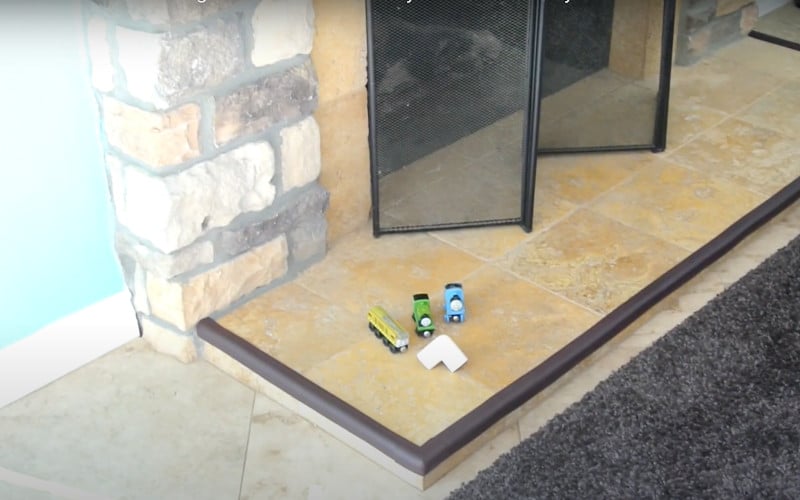 How to Baby Proof Fireplace 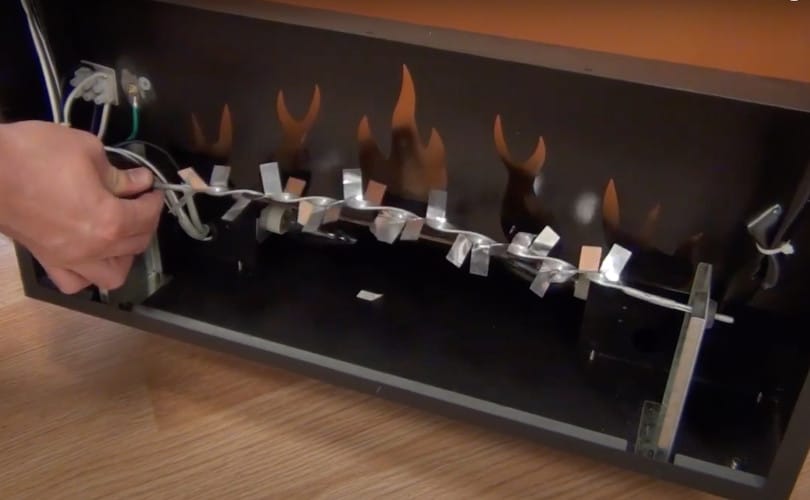 How to Fix Flame on Electric Fireplace

We use cookies on our website to give you the most relevant experience by remembering your preferences and repeat visits. By clicking “Accept”, you consent to the use of ALL the cookies.
Do not sell my personal information.
Cookie settingsACCEPT
Manage consent

This website uses cookies to improve your experience while you navigate through the website. Out of these, the cookies that are categorized as necessary are stored on your browser as they are essential for the working of basic functionalities of the website. We also use third-party cookies that help us analyze and understand how you use this website. These cookies will be stored in your browser only with your consent. You also have the option to opt-out of these cookies. But opting out of some of these cookies may affect your browsing experience.
Necessary Always Enabled

Performance cookies are used to understand and analyze the key performance indexes of the website which helps in delivering a better user experience for the visitors.

Analytical cookies are used to understand how visitors interact with the website. These cookies help provide information on metrics the number of visitors, bounce rate, traffic source, etc.

Advertisement cookies are used to provide visitors with relevant ads and marketing campaigns. These cookies track visitors across websites and collect information to provide customized ads.

Other uncategorized cookies are those that are being analyzed and have not been classified into a category as yet.